TANGRA-AB is a private company founded in 1989 and specialized in the field of ventilation, air conditioning and heating. It was established as a successor of the private trade company of TANGRA - Lazar Armyanov before 1944.

The company's main activity is the design of installations and energy efficiency analyzes. 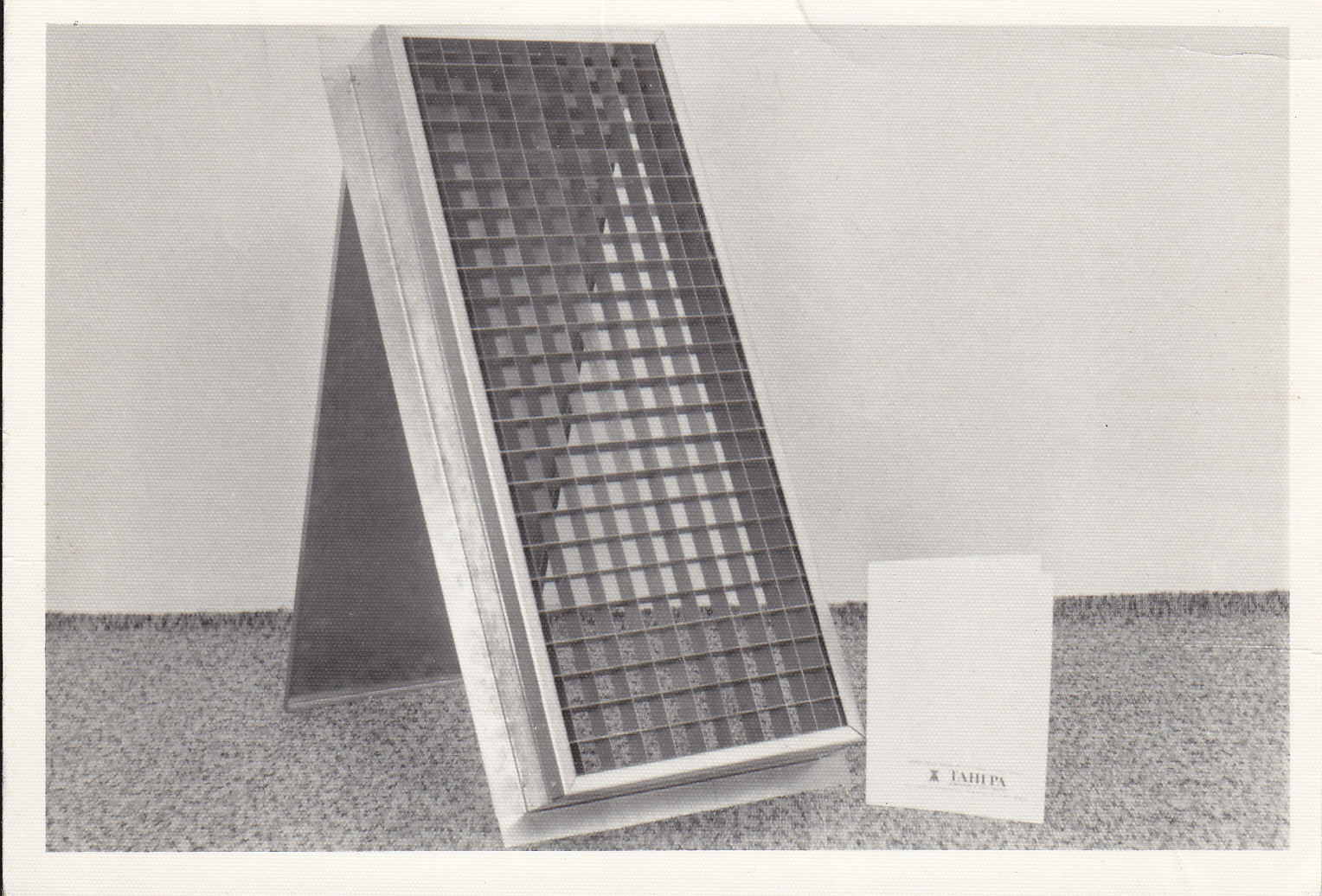 The founding owners’ successful journey began in a small, leased workshop, where they initially produced ventilation grilles and diffusers. Within a few years, they extended production to cover sound attenuators

Thanks to their experience as designers, builders and scientists, the partners began to create a series of products and components for installation in ventilation and air-conditioning installations - ceiling ventilation grilles, silencers, heat exchangers with polymer lamellas and others. 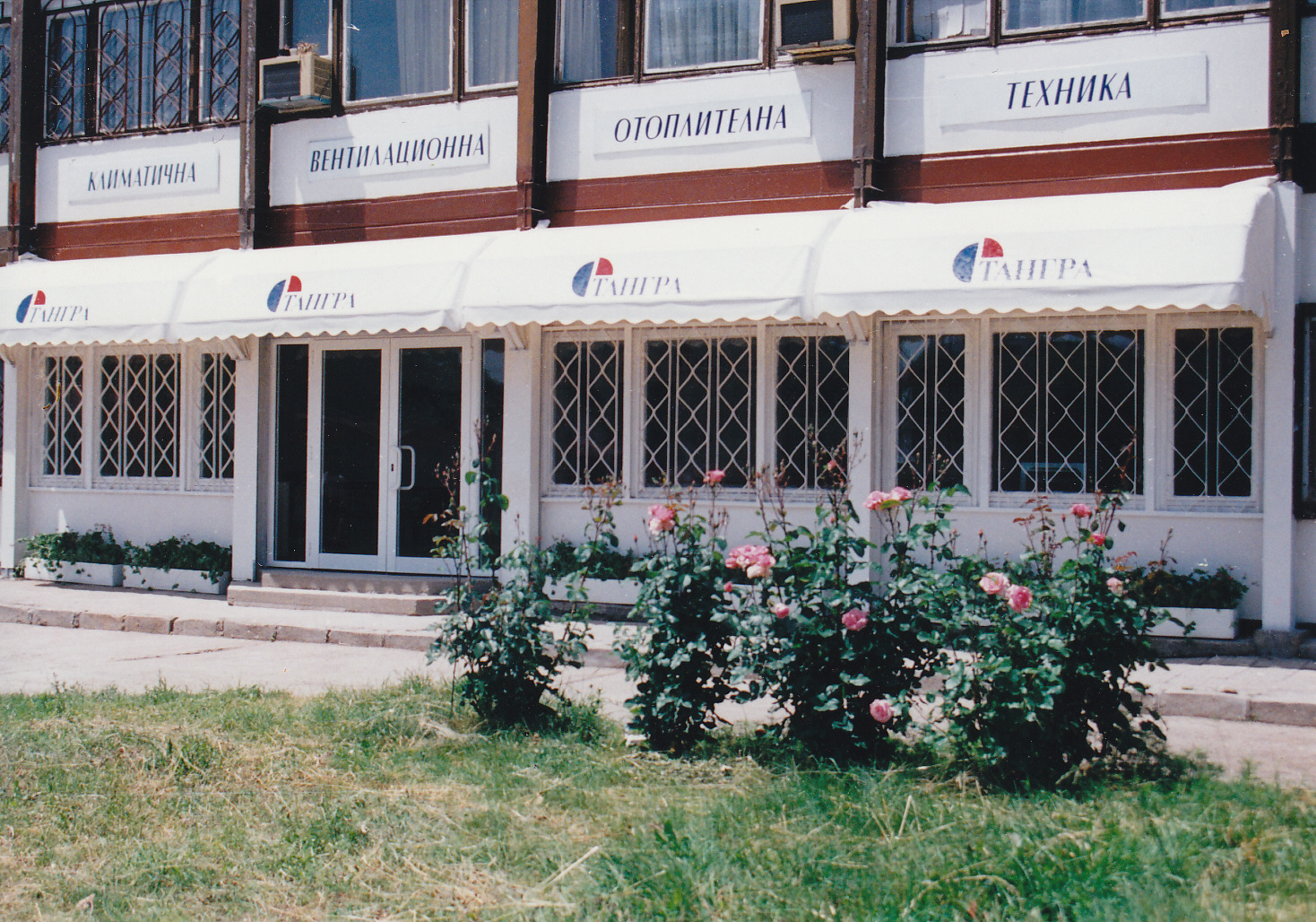 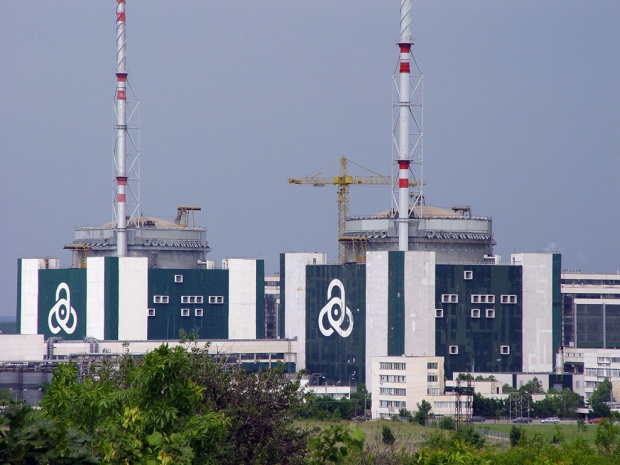 The production facilities have been moved to the building of the TPK & Atanas Romanov & rdquo; and the area is increased three times. During this period the staff has increased to 50-60 people, divided into production and assembly brigades, design and design department, commercial and administrative part. New production equipment has been purchased, which increases productivity and improves the quality of the products produced. In 1995, the first export was realized - recuperation heat exchangers for Greece.

TANGRA was invited to renovate the HVAC systems in the country’s Ministerial and Government buildings. Thanks to a very stringent financial policy and constant investment in products and new machines, 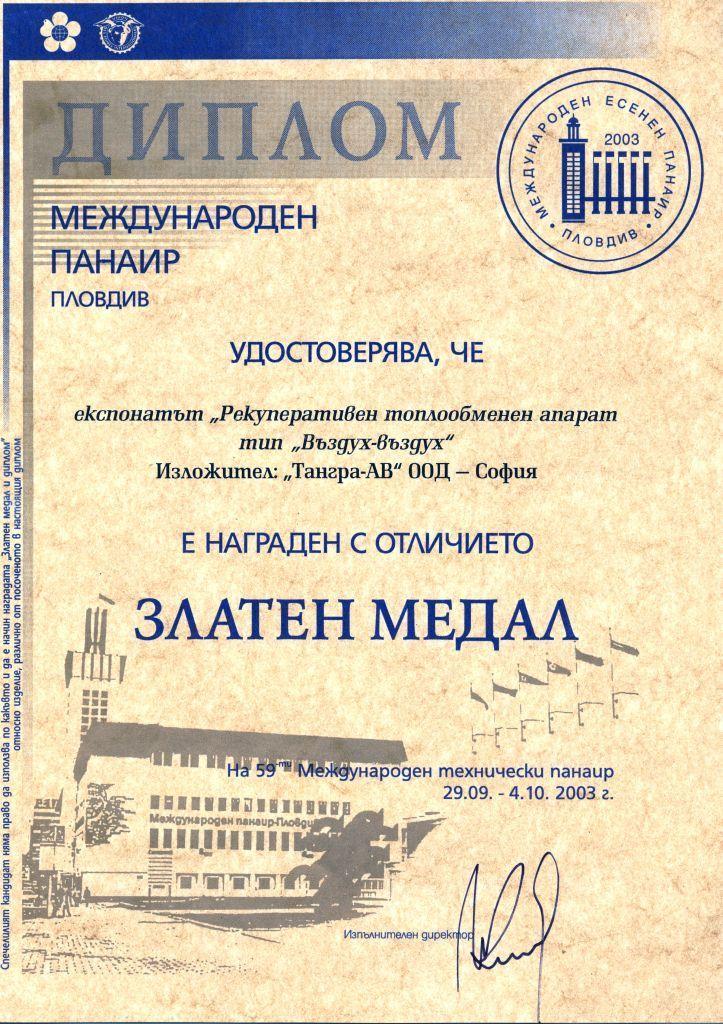 This period is related to new contacts with suppliers, new projects and embedded products. The country actively builds hotels and resorts. & TANGRA-AB & rdquo; performs a large number and volume of installations in such sites, as the accumulated experience and quality performance make the company a preferred partner among investors and construction companies. In 1999, the company bought its own land on Europe & # 39; s boulevard. and builds its first production and commercial center. The new large production and warehouse areas, the precise production equipment and the responsible work of the whole team lead to a significant increase in the turnover of the company every year. At the end of 2003, The company team has a little more than 100 people, and the production list is & ndash; over 30 standard products in multiple modifications and sizes. In 2003, the range of recuperation heat exchangers won a gold medal at the International Technical Fair in Plovdiv. TANGRA-AB & Rdquo; Ltd. has established a quality management system ISO 9001: 2000, which in 2003 was certified by Lloyd & s Register. In an effort to bring products to consumers and to expand sales, the company has two shopping centers in Varna and Burgas. 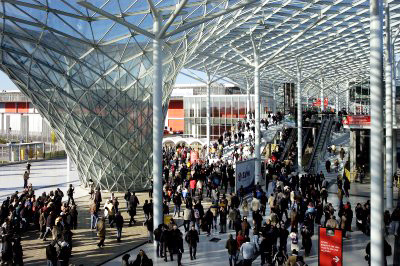 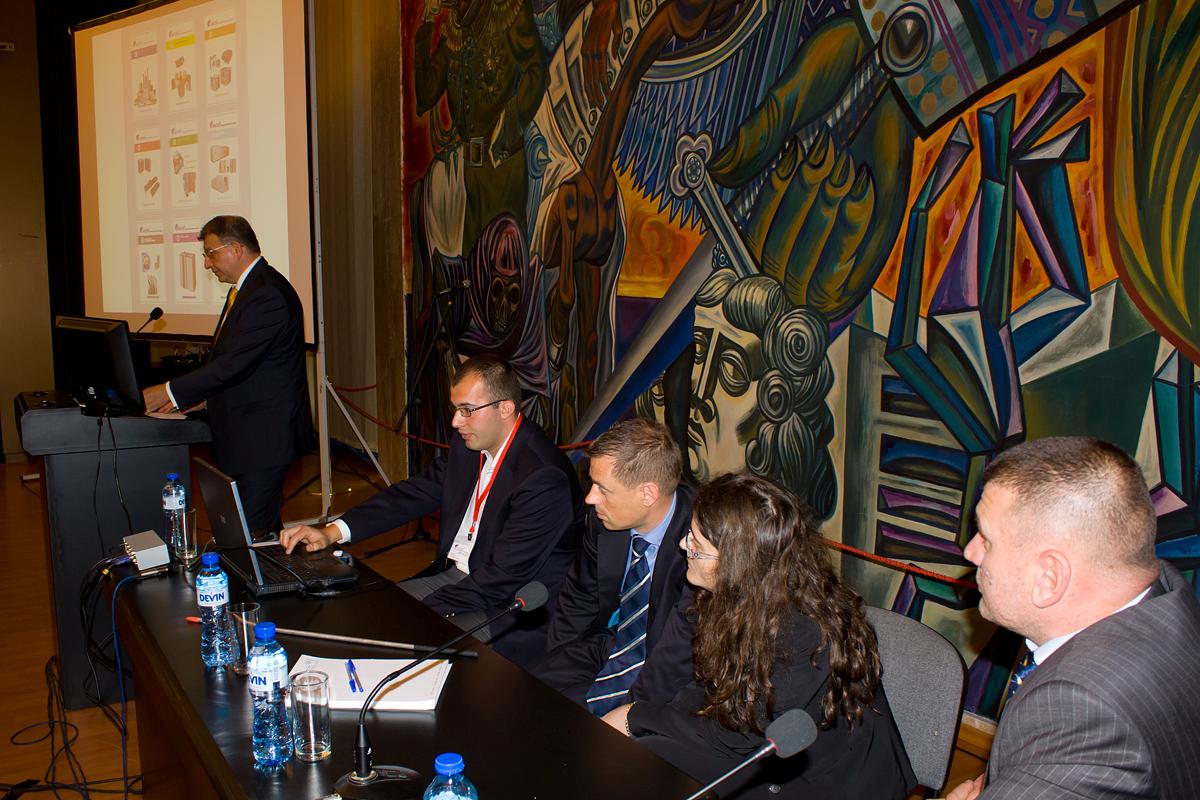 After many years of work on improving the existing and creating new products, a new technical catalog was prepared, including more than 50 different heat engineering facilities, fully developed and regularly produced by "TANGRA-AB". The official presentation was made in Hall VIII of the National Palace of Culture to more than 200 leading HVAC specialists. Following are presentations in Varna and Burgas. For the convenience of designers and engineers specializing in HVAC, a specialized one is designed software to select recuperators and energy-saving ventilation blocks, which is provided free of charge. The new web site of "TANGRA-AB" is released; with the complete technical catalog of manufactured products, trade and reference sheet, specialized software for selecting energy-saving equipment, as well as a platform for quick contact of the clients with the team, whether for inquiry or for setting up an installation service. ANGRA-AB & rdquo; continues with the expansion of its product range. Two new models of pellet boilers have been developed. In them a team of the company develops its own burner and management. There have been many improvements to the burners in Europe. The efficiency of the boilers and their excellent operation is fully guaranteed. TANGRA exports increased by 9.2% in 2011 TANGRA-AB & is officially invited and becomes a member of the European Association of Heating, Ventilation and Air-Conditioning Companies & ndash; REHVA. 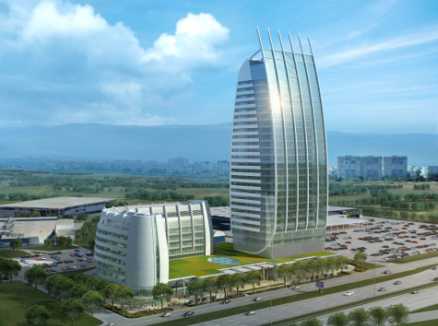 TANGRA-AB & quot; Extends its production base. High-performance energy saving products are launched on the market ventilation facilities that are immediately interested in Europe. TANGRA-AB & rdquo; continue to increase its partners in Europe. Regular orders from Switzerland and Poland start. In 2012, the team of "TANGRA-AB" launches the first specialized electronic shop for fans - Ventilator.bg. For his six months of work, he has made numerous sales. & quot; TANGRA & quot; was the first Bulgarian company to create a pellet boiler with heating power of 80 KW - TANGRA CL 80. The boiler was presented at the first official event "Pellet Heating" in December. Simultaneously with the development of new products, the "TANGRA" assembly team started working on the first skyscraper in Bulgaria - Capital Fort.

In 2013 & quot; TANGRA & quot; became the first company in Bulgaria to be certified by TUV Rheinland for the production of hygienic climatic cameras. The TANGRA AHU-HYG complies with all European standards for operating rooms, isolated rooms, hospitals, chemical and pharmaceutical industries, etc.

TANGRA finished the installations of Chernomorski complex. the last stage of SAM Kamchia. Kamchia Sanitation Sanitation Complex is one of the largest investment projects implemented in Bulgaria by the Russian Federation. Close to the Black Sea coast and the Kamchia River, on an area of ​​300 decares, the complex can rest and study more than 25 000 guests per year. The team of "TANGRA" has been working on the complex since 2009, having completed the complex "Longoz" during that time. and "Chernomorski", the children's healing camp "Reduga", the healing and balneological center "Zdravets". and the training center "Yuri Gagarin"